Instrumental Enrichment as a clinical therapy intervention, emphasizing critical thinking strategies, has been found to have positive effects on many kinds of learners. Investigations into the effects of Instrumental Enrichment have been carried out over the past 25 years in several countries, including the USA, United Kingdom, Australia, South Africa, New Zealand, Israel, Spain, Venezuela, France and Germany. Nearly 300 studies have been completed and more are constantly in process. These studies have encompassed many kinds of populations of individuals.

A recent example is a study completed in 2002 in Cleveland, Ohio schools, in which it was found that 9th grade students who had an approach which incorporated the techniques used at Cognition Ignition within their mathematics program, doubled their rate of improvement on the math test scores when compared to a control group. 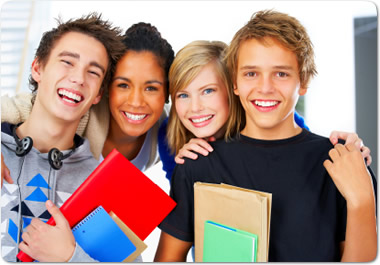 Why have I not heard of it before?

Many people have not heard about this therapy because it was introduced into the United States relatively recently. Also, many treatment modalities focus on treating symptoms, rather than correcting the problems at the source.

Why doesn't my specialist know about this type of treatment?

Many specialists were trained to believe that once injured or impaired, the brain's ability to heal is extremely limited. Therefore, they teach their patients to find cognitive "work-arounds" to their deficits.

If it is so effective why is it not more commonly used?

The best solutions and treatments are not always the most well-known or popular. Alternative treatments in many areas of healthcare, despite having been available for hundreds/thousands of years, are only recently being recognized and accepted as effective by mainstream healthcare providers.

Can it really work on so many cognitive deficits?

In our experience, this treatment has made significant and dramatic impacts on cognitive deficits caused by a spectrum of brain disorders. While we understand that the duration and severity of some cognitive disorders makes dramatic improvement more of a challenge, we have had very impressive results with people who had formerly resigned themselves to a life-time of impaired functioning.

We invite family members and people with cognitive disorders to stay hopeful and experience the treatment results of Cognition Ignition.