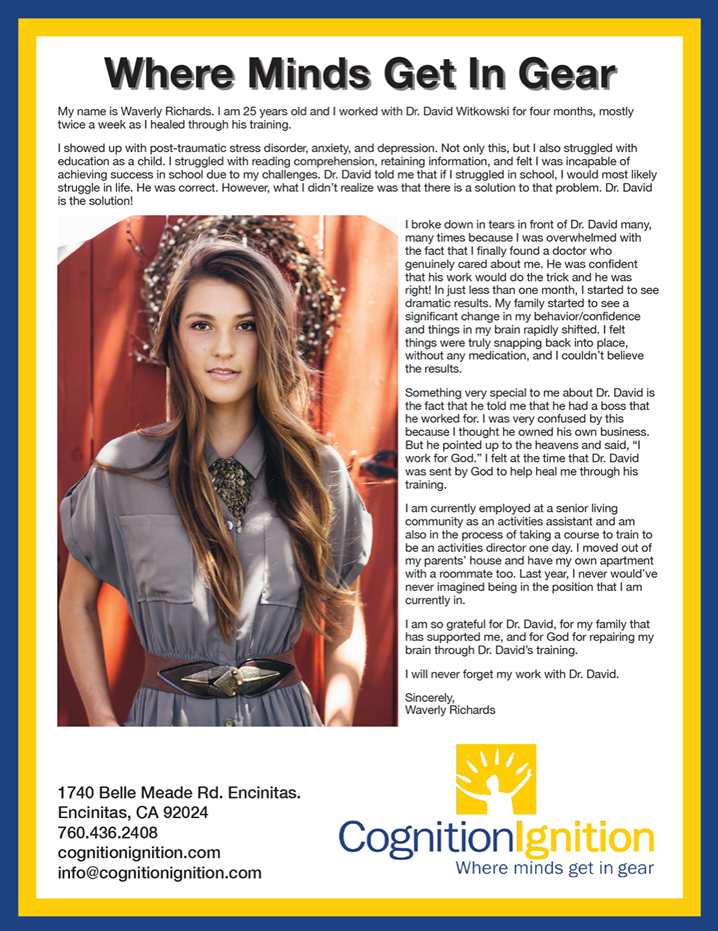 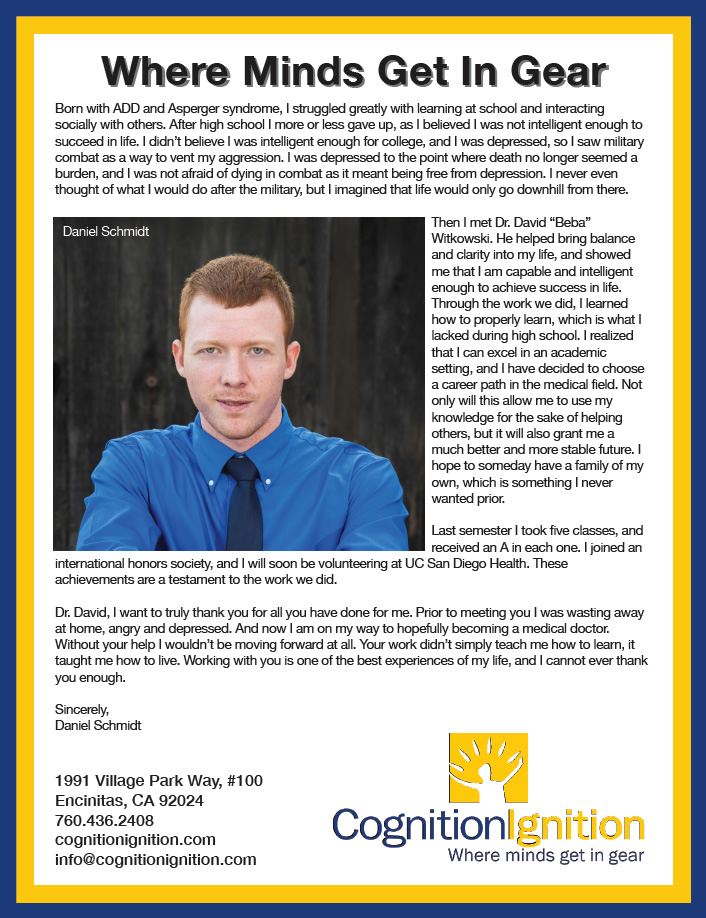 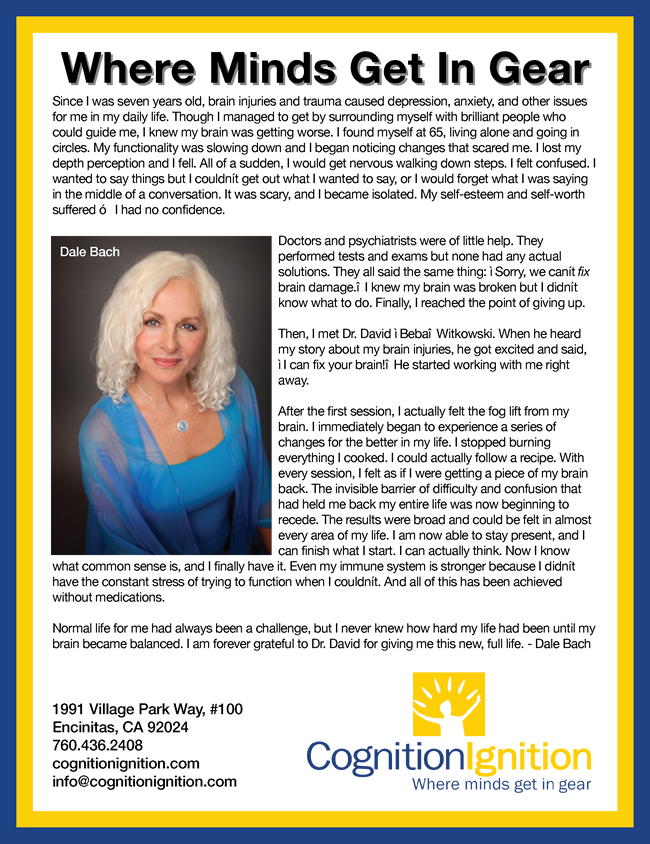 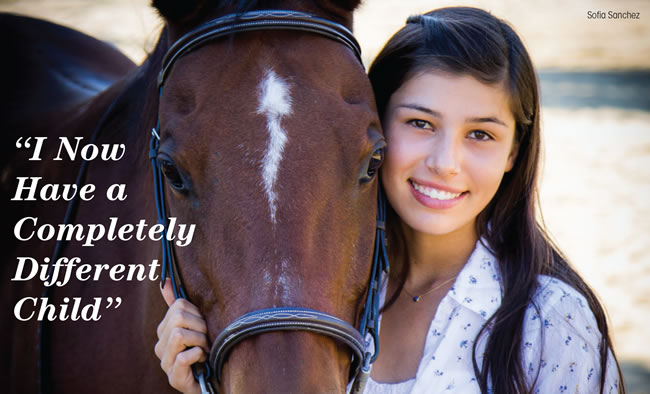 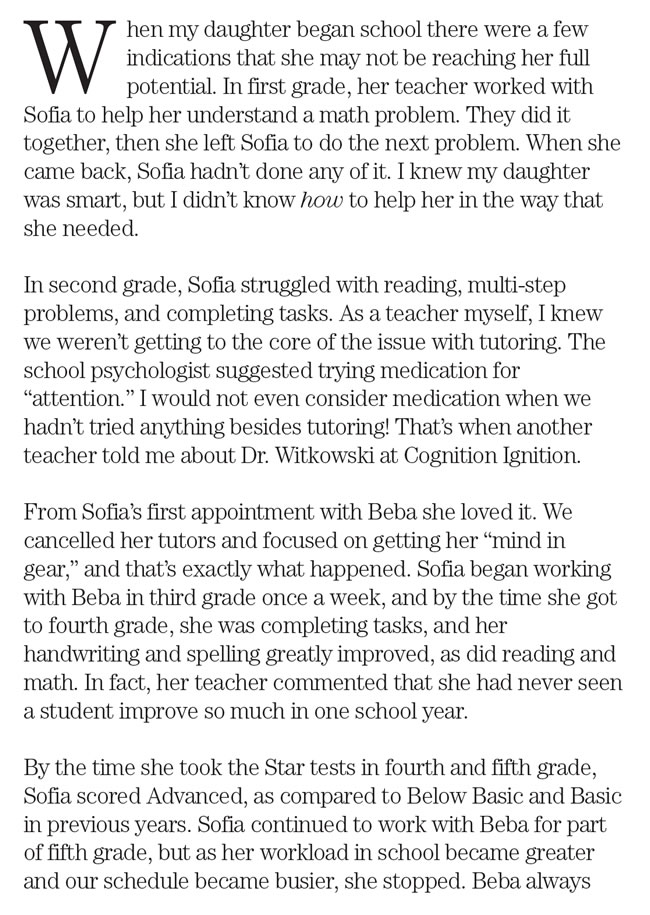 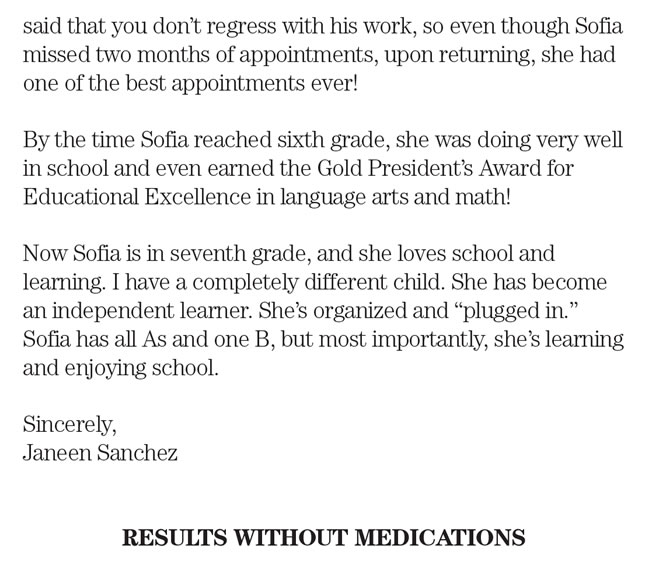 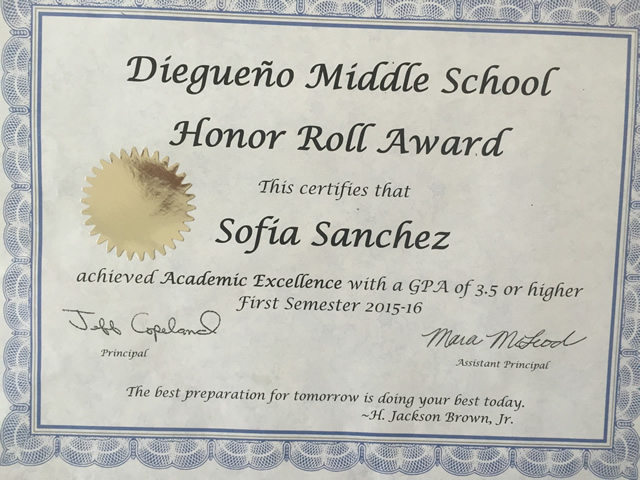 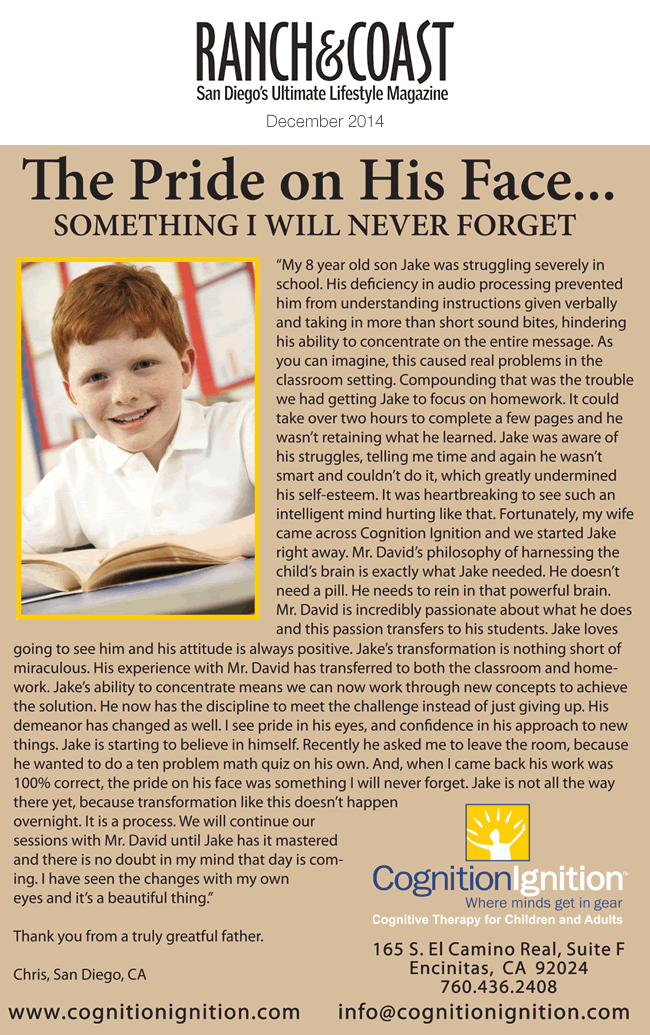 Corinne Wilcox was frustrated. It's not that she wasn't trying hard in school - she really was - but everything just seemed harder for her, especially reading. It had been like that since the second grade, when she was held back while all her friends went on without her. She felt so embarrased.

"Throughout the years at school, I tried everything," she says. " Teachers would tell me my grades were suffering and my parents would have to come in. Any time I got called on in class, I never knew the answer. I'd always be singled out and pulled aside. It was a struggle for me." 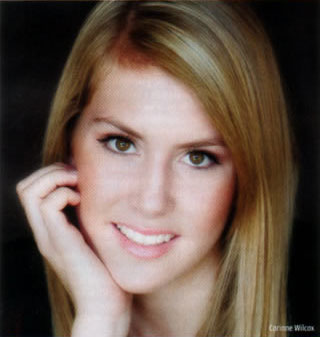 During her sophomore year, Wilcox visited a psychiatrist, who diagnosed her with ADD and ADHD. She started taking Adderall, which killed her appetite and gave her insomnia but didn't do much for her learning disabilities. Then her mom saw an ad for Cognition Ignition, an Encinitas-based institution offering cognitive therapy for children and adults with learning disabilities, brain injuries, and memory problems. She made an appointment for Wilcox to visit David "Beba" Witkowski, Cognition Ignition's director.

"I really second-guessed it at first because nothing had worked in the past," recalls Wilcox. "I didn't think it would be different. But my mom insisted I start right away. After five hours of working with Beba, I noticed a huge difference. I was able to sit down and do my homework. I was getting good grades on everything I turned in."

Cognition Ignition treats clients with a program called Instrumental Enrichment, a therapy that's been around for 60 years and uses task-based exercises to "rewire" the brain. "It is literally a language to the brain in order to get it going and correct it," explains Witkowski. "The brain is modifiable."

The amount of time Cognition Ignition's therapists spend with a client varies, but Witkowski says the improvements are permanent. He claims his sucess rate is 99.99 percent ("Because anyone show says their work is 100 percent raises eyebrows!") and says he's had no repeat clients.

Wilcox, now 18, is definitely a success story. She's been busy looking at colleges, which, until recently, she never thought was in the cards for her. And it's not just in school where she's seen improvements.

"Individual's with learning disabilities usually find themselves with a very low esteem and very low performances and a negative mindset," explains Witkowski. "They have lots of people around them who help them and enable them: parents, tutors, special teachers. So they don't ever get to run their own show."

"Everything has come together for Corinne. She feels good about herself. She's positive. Her self-esteem is up. She's running her own show. A side effect of my work is happiness. How can that not happen when someone starts experiencing success?" (760/436-2408, www.cognitionignition.com )

Cognition Ignition was founded in 2000 to heal people by causing dramatic cognitive improvement and allowing them to reach their full potential (and in some cases rejoin their families after a brain injury). Director Witkowski also assists those less fortunate by selecting to help two or three individuals a year in memory of his family members. 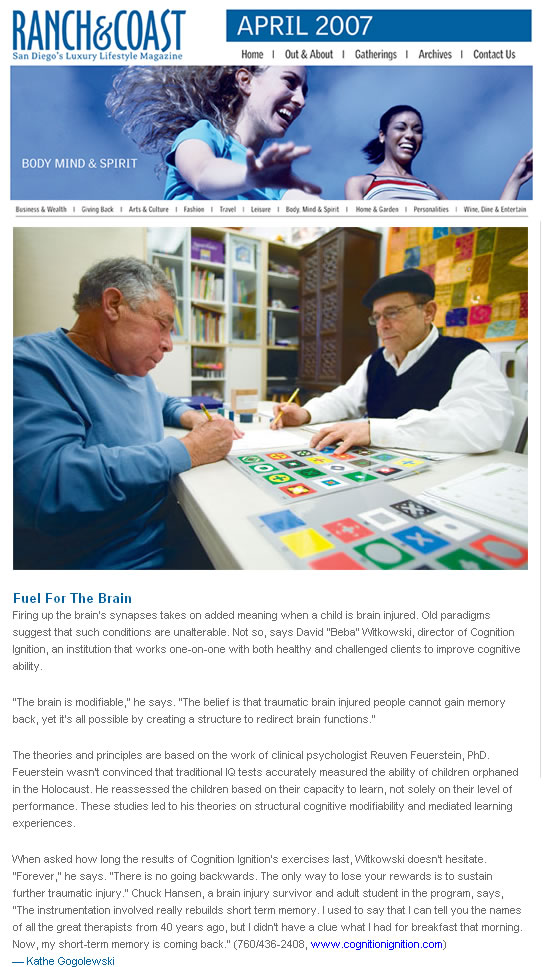